Chicago is a city of extremes. The weather is blazing hot in the summer and freezing cold in the winter. You can just as easily find a great casual deep-dish pie as you would a high-end steak here. We’ve got the Cubs and the White Sox. Another extreme? The city’s distribution of wealth. While the news might have you believe the Chi-Town is populated mostly by the lower classes, it’s also home to a healthy middle-class population — and some of the most elite U.S. residents.

Find out where to hobnob with the rich and famous, and discover the history of one of the most elite societies in the country.

Even today, Chicago’s Gold Coast neighborhood is home to the city’s most elite residents. Yet, it all started back in the late 1800s, during America’s Gilded Age. The neighborhood was originally referred to as the Astor Street District (as it was located predominantly on Astor, Division and Bishop’s Street).

Yes, the street was named after famous real estate mogul John Jacob Astor (who, by the way, never lived in Chicago. Or anywhere near the Windy City). Yet, Chicago’s high society admired Astor and wanted to pay tribute to him in the city’s most prominent neighborhood.

Plus, anything named after Astor was sure to attract an area’s wealthiest citizens, right? 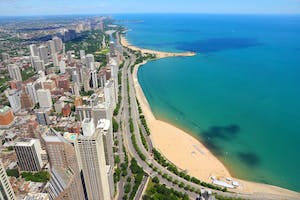 The Palmer Mansion was one of the Gold Coast’s most opulent homes. Its builder, Potter Palmer, was the first to build in the area. Before Palmer? The Gold Coast was marsh and sand.

He began buying land and building his majestic estate, and his mansion was finished in 1883. But just one grand estate wasn’t enough. Palmer started convincing other elite Chicagoans to build their homes out here, too. Palmer sold his first tract of land to James Charnley, a lumber and steel magnate, in 1890.

If you want to walk back in time and see how the other half lived, head over to the Drake Hotel. This hotel is chock-full of history, and it’s been preserved to pay homage to its storied past.

Built in 1920, the hotel was born on the eve of prohibition. But that didn’t stop it from whooping it up anyway. It was the No. 1 choice of high society when they would visit Chicago. It’s proximity to Magnificent Mile only further boosted its high profile.

Big-name celebrities, such as Bing Crosby, George Gershwin and Walt Disney all stayed at the Drake during its heyday. In fact, it was one of the few hotels to not only survive the Great Depression — but somehow, it managed to flourish throughout that time period.

The hotel’s restaurants are just as famous as the hotel itself. The Cape Cod Room welcomed Marilyn Monroe and Joe DiMaggio, where the two carved their initials into the bar.

But if you really want to be impressed, you’re going to need to order a salad while you’re here. This is where Thousand Island salad dressing was invented. Minds blown. 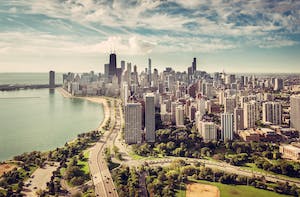 Chicago is still home to some of the country’s most elite citizens. Ever hear of Oprah? What about Kanye? OK, we know you’ve gotta be familiar with the Obamas.

While not all these celebrities still live in Chicago, the Windy City has been known to attract an elite roster of residents.

Of course, it makes sense that there would be plenty of businesses willing to welcome these wealthy celebrities with open arms. Chicago has one of the most creative culinary scenes in the nation. And the private clubs? They’re on another level.

To get into any of these clubs, you’ll need to be a member. Which means you’ll need to pay your (hefty) dues and apply. Not just anyone can hobnob with Chicago’s elite.

The Arts Club of Chicago

The Arts Club does exactly what its name suggests: champion for the arts in the city. This is an important job, especially in a city that is one of the most important in the American art scene.

This club welcomes writers, painters, musicians and patrons of the arts. It offers its members a 22nd-floor view of the city. Founding members of the club have included Daniel Burnham, Frank Lloyd Wright and Carl Sandburg.

Opened and operating since 1879, the Union League not only provides a safe space for the rich and famous — but they’ve also fought for civil rights, women’s suffrage and labor reforms. The club requires members to continue to advocate for these three causes today.

Where to Find Today’s High Society

If you want to see how today’s other half lives, worry not: there are still plenty of wealthy Chicago residents. Many Chicago neighborhoods cater to residents pulling in six figures, and you can bet you’ll find some stunning mansions in the following hoods.

Yes! Chicago’s elite still flocks to the Gold Coast today — despite the neighborhood’s popularity first spiking with the uber-rich back in the late 1800s.

Located just north of the Loop, along the waterfront, this neighborhood is one of the city’s newer developments. The neighborhood was planned by the elite architectural firm Skidmore, Owings & Merrill (who we can thank for the tallest building in the world and the tallest in the Western Hemisphere).

Not to be confused with the band, this neighborhood offers residents gorgeous lake views and tree-lined streets. It’s also home to Lincoln Hall, Second City and the Steppenwolf Theatre Company. 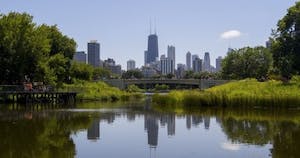 Want to know more about Chicago’s elite? You’re in luck. We’re launching a High Society Tour of Chicago this spring. You’ll learn all about Chicago’s wealthy past — and discover where to find both the old money and the nouveau rich today.