Chicago is known for many things — it’s the home of deep dish pizza, some of the country’s most celebrated architecture and a Great Lake that’s the reason the city is so windy. Yet this second city has plenty more claims to fame where that came from. Find out everything you didn’t know about Chicago.

1. The Willis (Sears) Tower is Taller Than One World Trade Center 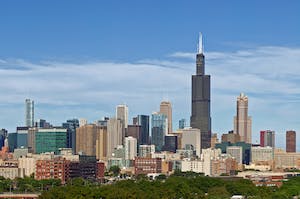 2. Chicago Has the Only River in the World That Flows Backwards

Chicago sits on the banks of Lake Michigan — a gorgeous blue lake that is so big, it resembles the ocean. The Chicago River flows away from Lake Michigan; yet, it didn’t always flow this way. As most rivers do, the Chicago River used to flow into its tributary lake. Thanks to an engineering feat in 1892, Chicago built the Chicago Harbor Locks, a canal system that is 28-miles long. The creation of this canal caused the river to reverse its direction and flow south into Missouri instead of north into Lake Michigan. 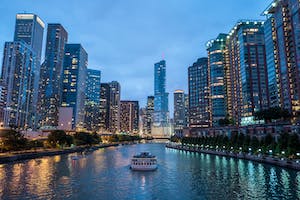 In 1894, in an effort to ameliorate the tension between business and organized labor after Chicago’s Pullman strike, President Grover Cleveland and Congress designated Labor Day as a federal holiday. Legislation for the holiday was pushed through Congress six days after the strike ended. Samuel Gompers, who had sided with the federal government in its effort to end the strike by the American Railway Union, spoke out in favor of the holiday.

4. The Second-Largest Collection of Impressionist Paintings is at the Art Institute

The Art Institute of Chicago is one of the biggest tourist destinations in the city, and it’s no surprise why. Opened in 1893, the Art Institute has long been considered one of the most extensive collections of art in the US — and is home to the second-largest collection of impressionist paintings. In fact, it’s second only to the Louvre in Paris.

Within its first year after opening, the museum was gifted its first French painting. In the 1920s, it received a large donation from Bertha Honoré Palmer and Helen Birch Bartlett. Some of the most famous pieces include A Sunday Afternoon on La Grande Jatte by George Seurat and At the Moulin Rouge by Henri de Toulouse-Lautrec.

5. The Zipper and the Ferris Wheel Were Invented in Chicago

The zipper was invented in 1893 by Whitcomb Judson and made its debut at the Chicago World’s Fair — though it was not called a “zipper.” Instead, Judson called it a clasp locker. The Ferris wheel was another technological marvel that made its debut at the World’s Fair that year, invented by Daniel Burnham. Though it’s not the original wheel, the Ferris wheel on Navy Pier is still one of the most popular activities in Chicago.

Cracker Jacks also debuted at the 1893 World’s Fair. Yet the world was forced to wait almost 40 years after that World’s Fair to sink their teeth into the first Twinkie ever. Original Twinkies were made in strawberry shortcake pans and filled with banana cream. They were named “Twinkies” after Twinkle Toes shoes. 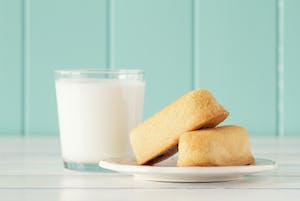 7. Gotham City Is Based on Chicago — Not New York City

Most fans mistakenly believe that New York City was the city that inspired Bob Kane’s and Bill Finger’s Gotham City in their famous “Batman” comic book series. It’s no surprise, either. New York has been referred to as “Gotham” many times in its history. In fact, it was Washington Irving who first gave the city this moniker.

Yet when it comes to Batman, Gotham City was actually based on the city of Chicago. Not only did director Christopher Nolan choose to film his re-imagined version of Gotham in Chicago, but Batman illustrator Neal Adams has always envisioned Gotham as the Windy City — not the Big Apple.

He even admitted to the Associated Press, “Batman is in this kind of corrupt city and trying to turn it back into a better place. One of the things about Chicago is Chicago has alleys (which are virtually nonexistent in New York). Back alleys, that’s where Batman fights all the bad guys.”

Enovid, the first birth control pill, was invented by Dr. Gregory Pincus working at Searle in 1960. Though there were many iterations of “The Pill” before Envoid, this brand’s birth control pill was the first ever approved for contraception purposes.

9. The Cell Phone Was Also Invented in Chicago

Chicago must have been a mecca for inventors because America’s favorite electronic device was also invented here. Martin Cooper invented the cell phone in Chicago in 1973.  When it came to the first cell phone’s design, Cooper drew his inspiration from his favorite TV show – “Star Trek.” 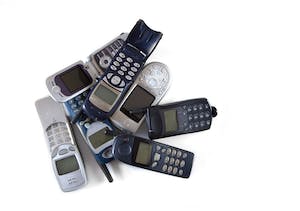 10. The First McDonald’s Franchise Was Located in a Chicago Suburb

Ray Kroc, a traveling salesman, opened the first franchised McDonald’s in Des Plaines, Illinois, a Chicago suburb. Kroc eventually bought out the restaurants from the McDonald brothers (who opened the first restaurant in California).

Another little-known fact is that most of McDonald’s profits each year are earned from its real estate holdings versus sales of its burger and fries. The original Ronald McDonald was also famous in his own right. He was Willard Scott of NBC “Today Show” fame.

How much did you know about Chicago? Is there anything we missed? Let us know in the comments below!